What's New
A FOCUS on Mission
Must Patience Be So Slow?
Harold Jantz: A Heart for the Mennonite Story
Lorlie Barkman: A Life of Creative Engagement
Last Days, First Days
Women in Ministry: Bertha Dyck
January Moment in Prayer “Holy Spirit—Fill Us!”
The Church as the Patient Body of Christ
Advent: Making Much of Jesus: Christmas Day
Advent: Making Much of Jesus: Fourth Advent
Home Jacob Henry Reimer 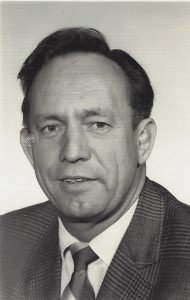 Jacob was born in Rueckenau, Russia, in 1924 and immigrated to Canada with his parents that year. He spent his childhood in Kitchener, Ont., as the eldest of 5 siblings. Jacob went on to postsecondary education in Winnipeg, Kansas, and Colorado, where he obtained a masters degree. Soon afterward, he moved to Yarrow, B.C., to begin his teaching career, and met his wife of 64 years, Catherine Epp. They were married in 1952 and settled in Vancouver, where Jacob taught history at Burnaby Central High School and they raised their five children. Jacob was a founding and active member of Killarney Park MB Church. Shortly after retirement, Jacob and Cathy relocated to a condo near Jericho Beach. They spent many happy years walking the beaches and their beloved Stanley Park as well as exploring many parts of Canada and the world. Jacob died peacefully at the Louis Brier Home in Vancouver.