What's New
Through the conflict, life carries on in Ukraine
A FOCUS on Mission
Must Patience Be So Slow?
Harold Jantz: A Heart for the Mennonite Story
Lorlie Barkman: A Life of Creative Engagement
Last Days, First Days
Women in Ministry: Bertha Dyck
January Moment in Prayer “Holy Spirit—Fill Us!”
The Church as the Patient Body of Christ
Advent: Making Much of Jesus: Christmas Day
Home Herman Flaming 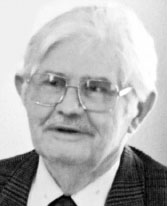 Herman (born Abram) overcame malaria at age 9 through his mother’s resourcefulness and prayer. In 1938, the Soviet secret police removed Herman’s father for 2 years. When Herman was a young man, troops took him to work a farm. Later, he was placed in the German Polizei as translator. Because he didn’t feel safe returning home after WWII, Herman never saw his parents again. Herman and Maria met and married in Germany. They boarded the Heinzelman to Argentina, then a cattle barge to Paraguay. After homesteading in Neuland, the family ran a dairy farm in Curitiba, Brazil. In 1958, they joined Maria’s family in Canada. Herman worked at Sauder Doors, Vancouver, until his retirement in 1988. From 1977–2010, Herman and Maria farmed in Mount Lehman, B.C. He served Culloden MB Church, Vancouver, on the facilities maintenance committee and in the kitchen. Herman enjoyed his work plastering Willingdon MB Church, Burnaby, B.C. In 1994, on a trip to Germany, he met his siblings again after 40 years. After Maria’s death, Herman struggled with the isolation of severe hearing loss, but determined to keep living in his home and faithfully attending King Road MB Church, Abbotsford, B.C. He was diagnosed with cancer in August and died of a heart attack the day before his scheduled surgery.