What's New
A FOCUS on Mission
Must Patience Be So Slow?
Harold Jantz: A Heart for the Mennonite Story
Lorlie Barkman: A Life of Creative Engagement
Last Days, First Days
Women in Ministry: Bertha Dyck
January Moment in Prayer “Holy Spirit—Fill Us!”
The Church as the Patient Body of Christ
Advent: Making Much of Jesus: Christmas Day
Advent: Making Much of Jesus: Fourth Advent
Home Henry Penner 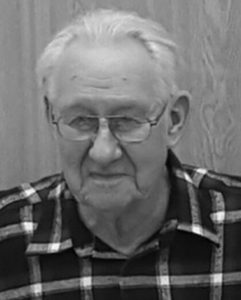 Henry helped on the mixed farming operation as he grew from boy to man, and continued farming until he retired to Herbert, Sask., in 1998. Henry accepted Christ as Saviour at 9 at West Bank Bible Camp, where he later became a counsellor. Henry attended the Rosefarm school until Grade 8. He took Grades 9 and 10 and 4 terms of Bible classes at Herbert Bible School. He then lived and worked on the family farm, raising cattle and producing grain. Henry met Mary in 1950. After 3 years of indecipherable love letters, she consented to marry him. After the Greenfarm MB Church closed, Henry became a dedicated leader at Herbert MB Church, serving as a Sunday School teacher, deacon and member of the board for the Herbert Senior Home. He also drove a school bus for 26 years. Henry enjoyed camping and fishing with his children and grandchildren, watching and listening to the birds. Later in life, he spent many hours reading.