What's New
A FOCUS on Mission
Must Patience Be So Slow?
Harold Jantz: A Heart for the Mennonite Story
Lorlie Barkman: A Life of Creative Engagement
Last Days, First Days
Women in Ministry: Bertha Dyck
January Moment in Prayer “Holy Spirit—Fill Us!”
The Church as the Patient Body of Christ
Advent: Making Much of Jesus: Christmas Day
Advent: Making Much of Jesus: Fourth Advent
Home Helen Peters 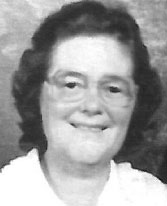 December 1937, Stalin’s regime took Helen’s father. As the oldest of 6, Helen helped with the children. After WWII, when Helen was alone in Germany, she sought God and was baptized in the Roman Catholic Church. When she came to Gem., Alta., in 1949, she struggled with the personal faith of those around her. She prayed, “If you show me which is the right way, I will become a missionary.” In 1950, during John A. Toews’s evangelistic service, she was confronted with 1 Kings 18:21, and decided to follow God into missions. Helen met Frank at MB Bible College, Winnipeg, and their commitment to Christ and each other lasted 52 years. They served 34 years in Uruguay and Brazil, and 12 in Manitoba and B.C. Helen’s primary ministry was women and their children. After Frank’s death in 2007, she was grateful to be included in retired pastor and missionary gatherings. Having been separated from her mother and siblings from 1945–1975, Helen’s family was always important to her.