What's New
A FOCUS on Mission
Must Patience Be So Slow?
Harold Jantz: A Heart for the Mennonite Story
Lorlie Barkman: A Life of Creative Engagement
Last Days, First Days
Women in Ministry: Bertha Dyck
January Moment in Prayer “Holy Spirit—Fill Us!”
The Church as the Patient Body of Christ
Advent: Making Much of Jesus: Christmas Day
Advent: Making Much of Jesus: Fourth Advent
Home Heinz Klassen 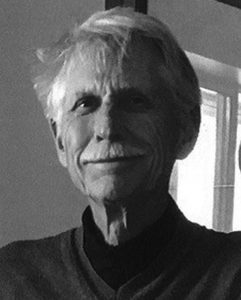 Heinz’s family immigrated to Canada in 1953, settling in Arnold, B.C.: paradise for a boy whose hero was Tom Sawyer. Heinz floated homemade rafts, terrorized chickens with bow and arrow, tobogganed down a barn roof. Bilingual Arnold MB Church welcomed them. Heinz ended bullying over his German background by throwing the ringleader into a ditch, then befriending him. In 1960, the family moved to Clearbrook, B.C. When they relocated to Vancouver in 1966, Heinz stayed with grandparents to finish Grade 12 in Abbotsford, where his friendship with Lois grew. During their courtship, Lois suggested Heinz seek answers in her Good News Bible; drawn in by the artwork, he embraced Christianity. Heinz and Lois settled in Yarrow, B.C., in 1977. Heinz studied at B.C. Institute of Technology, and completed a diploma in fine arts at Vancouver Community College (Langara) and a bachelor of fine arts at the Alberta College of Art and Design. He was a studio assistant at the Vancouver School of Art (now Emily Carr). In 1977, he planned to open a pottery studio in Yarrow, but shortly after moving there, was diagnosed with Hodgkin’s disease. Chemotherapy and radiation saved Heinz’s life but undermined his health. He worked as a plan checker in the MSA district, and building inspector at Mission and Surrey city halls. During 15 years of renewed strength, Heinz enjoyed running the Seattle half marathon, mountain biking, hiking. He delighted in his children and grandchildren. Heinz and Lois held a joint art show in 2017. He is remembered for his gentle kindness, creativity, loyalty, tenacity, humility, and wry humour.