What's New
Through the conflict, life carries on in Ukraine
A FOCUS on Mission
Must Patience Be So Slow?
Harold Jantz: A Heart for the Mennonite Story
Lorlie Barkman: A Life of Creative Engagement
Last Days, First Days
Women in Ministry: Bertha Dyck
January Moment in Prayer “Holy Spirit—Fill Us!”
The Church as the Patient Body of Christ
Advent: Making Much of Jesus: Christmas Day
Home Heintz Erwin Sommer 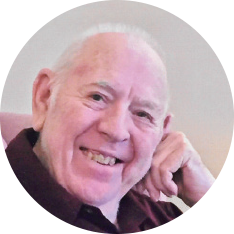 Heintz’s family moved from Alberta to Chilliwack, B.C., in 1948 to farm. Heintz finished Grade 8 and then worked on the farm. At 12, he accepted Jesus as Saviour at Bible camp. After Heintz and Elvira married, they moved onto Heintz’s family farm to farm with his dad. After 3 years, they bought a farm in Rosedale, B.C. Heintz worked at Dueck Building Supplies while raising cows, pigs, chickens, and growing raspberries. The early years with 3 young girls brought them great joy. They moved in 1967 to Chilliwack, where Heintz continued working for Dueck Building Supplies (and Lumberland Building Material after they purchased the business), hauling lumber and meeting people on his deliveries, something he greatly enjoyed. At Broadway MB Church, Heintz served as usher, member-at-large on the church council, and representative for the Canadian Bible Society. He was on the MCC planning committee and enjoyed auctioning for the MCC sales for 28 years. Heintz retired at 58 due to knee surgeries. He and Elvira moved to Abbotsford, B.C., enjoying condo living and a slower pace. In 2010, after Heintz’s mini strokes, they moved into assisted living at Tabor Court. Dementia started to take greater control and Heintz moved into Tabor Home for full care. Although these last years were difficult with living apart, Elvira visited as often as possible until she died. Although Heintz couldn’t comprehend Elvira’s absence, his family believes his heart knew where she was. Less than 6 months later, Heintz met his Lord and rejoined his beloved wife.