What's New
Through the conflict, life carries on in Ukraine
A FOCUS on Mission
Must Patience Be So Slow?
Harold Jantz: A Heart for the Mennonite Story
Lorlie Barkman: A Life of Creative Engagement
Last Days, First Days
Women in Ministry: Bertha Dyck
January Moment in Prayer “Holy Spirit—Fill Us!”
The Church as the Patient Body of Christ
Advent: Making Much of Jesus: Christmas Day
Home Heinrich (Henry) Pauls 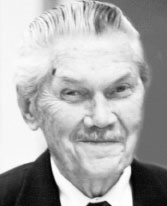 Henry’s father was taken by the GPU (soviet secret service) in 1937 and never seen again. Henry’s mother depended on him as one of her eldest sons. Henry received help from refugee camps in Germany, and in 1947, immigrated to Paraguay, where he was baptized and met Justa. He worked as a shoemaker out of their home. Henry and Justa immigrated to Winnipeg in 1953.  He owned and operated Pauls NK Grocery and was involved in the construction industry. Henry’s childhood shaped him into a hardworking, honest, determined, respected, and caring husband and father. His children and grandchildren were his joy. Henry enjoyed stamp and coin collecting, hunting, woodworking, and gardening. He served faithfully on various committees at North Kildonan MB Church. Despite health issues during his last 11 years, Henry always looked forward and sought God in every experience. His life was filled with faith, generosity, and simple joy.