What's New
MWC Assembly small but full of joy
Bad back doesn’t hold back MDS volunteer
Transition in CCMBC National Faith and Life Leadership
Leading through the trauma of covid: Part three...
The church distracted: When the main thing is...
Remote wilderness rescue turns into service with MDS...
How open is your mind?
Following Jesus together across barriers
2022 National Faith & Life report to the...
CCMBC 2022 national assembly summary
Home Heinrich (Henry) Neufeld 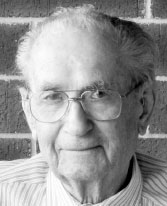 Henry’s family fled to Germany when he was 6. In the refugee camp, he lost his brother to measles and gained a sister. With MCC’s help, the family immigrated to Fernheim, Paraguay. Difficulties of sickness, poverty, and civil unrest followed. At 23, Henry apprenticed as a blacksmith in Filadelfia and built a shop in Neu-Mölln, Paraguay, where he met Helen. They raised a family in Halbstadt, Paraguay, and in 1959, immigrated to Coaldale, Alta. Henry dedicated his life to the Lord in 1960. In 1961, the family moved to Virgil, Ont., and became members of Virgil MB Church, where Henry served many years as usher, on the food committee, and with the PA system. Henry worked hard as a welder to provide for his family and never complained. In retirement, he pursued his passion for carpentry, crafting furniture for his children and grandchildren. Henry prayed tirelessly for them, desiring each follow the Lord’s footsteps, and he set an example of patience and love.