What's New
Abortion, the image of God, and faithful witness...
Choosing motherhood: The sacrifice of honouring life
MWC Assembly small but full of joy
Bad back doesn’t hold back MDS volunteer
Transition in CCMBC National Faith and Life Leadership
Leading through the trauma of covid: Part three...
The church distracted: When the main thing is...
Remote wilderness rescue turns into service with MDS...
How open is your mind?
Following Jesus together across barriers
Home Harry Hiebert 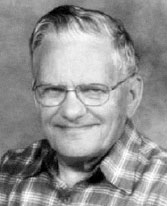 Harry enjoyed playing hockey with his brothers and riding motorcycle. His relationship with Jesus was an important part of Harry’s life, beginning at vacation Bible school. At Horndean (Man.) MB Church, Harry served as church treasurer, choir member, and usher, and enjoyed prayer meetings and Bible studies. A ride to a wedding together led Harry to ask Lora for a date. They settled on a new farmstead near Lowe Farm, Man. Harry made time to play soccer, basketball, and ball hockey with his children, and there was always room for them on the tractor or combine. Harry loved to sit in the open garage and watch a thunderstorm. In 1984, Harry began a new career as butcher in Winkler, Man., where he was known for his sausage recipes. In retirement, he volunteered as guard at the local police station, enjoyed bus trips with Lora, and discovered a talent for woodcarving. Harry was always up for a game of pool, table tennis, or darts. Grandchildren added sparkle to his eyes. Harry was diagnosed with Alzheimer’s disease.