What's New
A FOCUS on Mission
Must Patience Be So Slow?
Harold Jantz: A Heart for the Mennonite Story
Lorlie Barkman: A Life of Creative Engagement
Last Days, First Days
Women in Ministry: Bertha Dyck
January Moment in Prayer “Holy Spirit—Fill Us!”
The Church as the Patient Body of Christ
Advent: Making Much of Jesus: Christmas Day
Advent: Making Much of Jesus: Fourth Advent
Home Harold Timothy Siebert 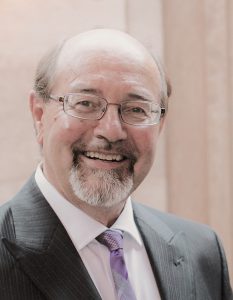 Harold was a man of courage and faith which showed in his stoic resolve in the struggle with cancer. He was especially proud of his close-knit family. For 50 years, Harold was a devoted husband to Dorothy. A man of action and competitive spirit, he passed on to his children a love of chess, cards, canoeing, windsurfing, sailing, squash, ping pong, disc golf, and spur-of-the-moment adventures. He taught them to run class-three rapids and to revel in solitary loon calls. His return to a rural lifestyle in retirement on Pender Island, B.C., gave him joy. He made many friends, led music in the community church, and enjoyed chopping wood for charity with the Green Angels. When he was young, his rich baritone voice landed him on national television for several years with CBC’s Hymn Sing. He taught music at Winkler Bible Institute, directing choirs there and in Morden’s MB church, Westside. He spent 4 summers leading music and waterfront skills at Camp Arnes and Simonhouse Bible Camp. When Harold was 16, his younger sister Marilyn died in a farm accident, and this spurred him to make a lifetime commitment to God. At 40, Harold switched gears from music teaching. He and Dorothy with their 4 children worked 10 years for MB Missions and Services in Colombia, South America. Along with other team members, they founded two new churches as well as building up a third. Even in his final months, he said he wished that his last days would “be in service to others.” In Colombia, he survived being shot at and thought nothing of driving through guerrilla-held territories. Several times threatened with knives or machetes, he even chased down a band of robbers. When he became Latin America director for Mennonite Brethren Missions, he loved travelling throughout the continent. He revelled in riding dug-out canoes to remote villages in Panama and flying by small plane into a Peruvian village endangered by guerrillas. Harold never lost his sense of humour and was always looking for a playful twist of phrase to put a smile on your face. He was a natural optimist who did not worry about the future. When pressed, just months ago, about when he would prepare for his end of life, he said he would do that “the day before.” His friend Denis teased, “Or maybe the day after?” which turned out to be true!