What's New
A FOCUS on Mission
Must Patience Be So Slow?
Harold Jantz: A Heart for the Mennonite Story
Lorlie Barkman: A Life of Creative Engagement
Last Days, First Days
Women in Ministry: Bertha Dyck
January Moment in Prayer “Holy Spirit—Fill Us!”
The Church as the Patient Body of Christ
Advent: Making Much of Jesus: Christmas Day
Advent: Making Much of Jesus: Fourth Advent
Home Harold Loewen 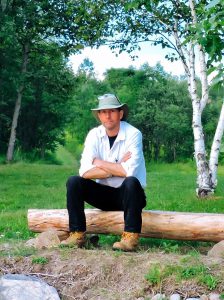 Being the eldest of 5 brought early responsibilities – five-year-old Harold gathered kindling, collected eggs, and rounded up calves. Later, he ploughed fields, picked cotton and peanuts, herded cattle, and milked cows. God’s hand was over Harold from the beginning, through sickness, accidents, and close calls with farm animals and wildlife. He was an avid reader, gifted student, and exceptional athlete in gymnastics, acrobatics, and track and field, but Harold’s true passion was always the mechanical world. Dirt bikes were his great joy; from there developed his skills for fixing all machines. Harold was known for his hard work, ingenuity, resourcefulness, practicality, and ability to fix almost anything. He was a gifted and heavily-relied-upon problem-solver in his workplaces, both in Paraguay and Canada. At 17, he left home and school to work at a mechanic shop, taking two additional jobs to pay room and board near Anna Wiens. Here he met her granddaughter, Veronika. Roni admired this strong, quiet man, and he doted on her. Their relationship impacted Harold’s faith – he dedicated his life to the Lord and was baptized at 20. Roni and Harold were engaged in 1986, their wedding plans spurred on by the Loewens’ impending move to Canada. They married May 23, 1987, in Filadelfia, Paraguay. The Loewens immigrated to Winnipeg that August, and after a job offer in Ontario, Harold and Roni moved to St. Catharines. Lee joined the family in November 1988. After Sheila’s birth, the family bought a house in Virgil, where they remained. Shannon came 7 years later. Harold loved dirt biking, hiking, and backcountry canoe trips. His creativity showed through the trike, go-kart, and other toys he built. Harold shared his talents with his community – he led Boys’ Club, did church maintenance, and was a sound technician. He revelled in spending time with friends and family at the cabin he designed and built. In 2016, Harold was diagnosed with Merkel cell carcinoma – and began 6 years of surgeries, radiation, immunotherapy, and chemotherapy. Harold confounded healthcare workers with his resilience, giving his family new hope several times over. His character shone through – courageous, peaceful, humble, reliant on God, with unending care for his family before himself.