What's New
“I’m Sorry” : Pope Francis addresses a “deplorable...
A matter of love: Reframing abortion
“Any chance you might be expecting a goldfish?”
Abortion, the image of God, and faithful witness...
Choosing motherhood: The sacrifice of honouring life
MWC Assembly small but full of joy
Bad back doesn’t hold back MDS volunteer
Transition in CCMBC National Faith and Life Leadership
Leading through the trauma of covid: Part three...
The church distracted: When the main thing is...
Home Gisela Rosella Reimer 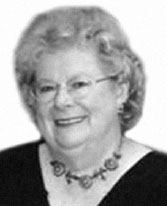 Gisela grew up in Witmarsum, Brazil. To survive, the family moved often, planted manioc, fished, and foraged for food. At 6 months, she rolled into the Kraul River; her siblings saved her (and never told mother), but Gisela was always nervous about swimming. When she was 10, the family immigrated to Clearbrook, B.C., where they had their first house and chicken coop. She became a nanny in Vancouver at 14. At 16, when Gisela attempted to swim at Mill Lake, B.C., Peter rescued her. They raised a family in Vancouver, and enjoyed 11 years of retirement in Abbotsford. Gisela’s handiwork won prizes at Agrifair. She found joy listening to Clearbrook MB Church’s choir practices and baking for the ladies group. A baker before their marriage, Peter conceded that her bread and cupcakes were superior. After rotator cuff surgery, Gisela didn’t regain health, and tests revealed aggressive lung cancer.