What's New
A FOCUS on Mission
Must Patience Be So Slow?
Harold Jantz: A Heart for the Mennonite Story
Lorlie Barkman: A Life of Creative Engagement
Last Days, First Days
Women in Ministry: Bertha Dyck
January Moment in Prayer “Holy Spirit—Fill Us!”
The Church as the Patient Body of Christ
Advent: Making Much of Jesus: Christmas Day
Advent: Making Much of Jesus: Fourth Advent
Home George Olfert 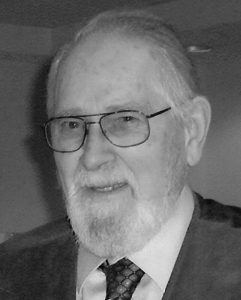 George grew up on a farm in McCreary, Man. After graduating from Winkler (Man.) High School in 1947, he started his teaching career on permit in Birch River, then completed normal school and taught in Lowe Farm, Winkler, Swan River, and Kronsgart. In summer 1953, he contracted polio, but fully recovered and married Agatha that fall. They moved to Winnipeg in 1957, where he worked in several schools. While teaching in the Fort Garry School Division, George completed his BA and BEd degrees. He was active at Elmwood MB Church, Winnipeg, for a decade. His final career move was in 1967 to Nanaimo, B.C., where he taught at John Barsby Secondary until retiring in 1994. Music was the joy of his life. He conducted at Winkler Bible Institute, sang bass in the Gospel Light Hour Quartet for 15 years, and joined choirs wherever he went. After retiring, George became Agatha’s primary caregiver until he experienced his own health problems. He enjoyed going for drives, walking in the forest, birdwatching, and gardening in his yard in Crofton, B.C. A decade prior to his death, George and Agatha moved to Duncan, B.C., near their son Tim, who oversaw their medical needs. George’s last 3 years were spent in full care after being diagnosed with Parkinson’s disease. He died peacefully, receiving palliative care in his final week. George was a faithful servant of God, a loving husband, and a devoted family man.