What's New
A FOCUS on Mission
Must Patience Be So Slow?
Harold Jantz: A Heart for the Mennonite Story
Lorlie Barkman: A Life of Creative Engagement
Last Days, First Days
Women in Ministry: Bertha Dyck
January Moment in Prayer “Holy Spirit—Fill Us!”
The Church as the Patient Body of Christ
Advent: Making Much of Jesus: Christmas Day
Advent: Making Much of Jesus: Fourth Advent
Home Frank Voth Klassen VI 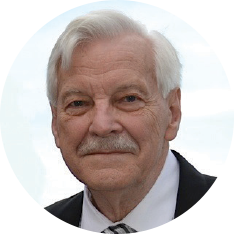 Frank dedicated his life to Christ at 15 and was baptized at in the gravel pit near Bird’s Hill, Man. He grew up in Winnipeg and Pemukan, Alta., before moving to B.C. in 1950. He met his first love Ruth while picking cherries in Yarrow, B.C. They married 3 years later and welcomed 4 children on the Prairies before returning to B.C. in 1974. In Richmond, B.C., Frank started Sonrise Duplication, enabling many local musicians (including many then-unknowns like Michael Bublé, Sarah McLachlan, Raffi, and Charlotte Diamond) to distribute their music affordably on cassette and CD. He sold the company and retired in 2000. After Ruth died in 2011, Frank met the final love of his life, Sally, who had also recently been widowed. They married and enjoyed their remaining years together in Ladner, B.C. Frank’s passions included fishing, photography, and cooking. He died peacefully, surrounded by family at Delta (B.C.) Hospital. During challenging times, Frank found great comfort in the promises of his Saviour. He was a prayer warrior, interceding daily for every member of his family. Verses that had special meaning for him were Romans 5:1–5 and John 3:16, and he lived by them.