What's New
Through the conflict, life carries on in Ukraine
A FOCUS on Mission
Must Patience Be So Slow?
Harold Jantz: A Heart for the Mennonite Story
Lorlie Barkman: A Life of Creative Engagement
Last Days, First Days
Women in Ministry: Bertha Dyck
January Moment in Prayer “Holy Spirit—Fill Us!”
The Church as the Patient Body of Christ
Advent: Making Much of Jesus: Christmas Day
Home Frank Dyck 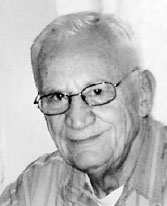 Frank immigrated to Canada in 1948 to study biblical theology. He graduated in 1953 from Coaldale (Alta.) Bible School, where he met Nettie, and from Three Hills (Alta.) Bible School (now Prairie) in 1955. After their wedding, Frank studied at Ukrainian Bible Institute; MB Bible College, Winnipeg; Tabor College, Hillsboro, Kan.; University of Alberta, Edmonton; and University of Calgary. In 1968, Frank began his career in Calgary, retiring in 1987. In his early years of teaching, he led local congregations. Frank’s dream was to return to his homeland to share his hope in Jesus with as many people as possible. In 1988, Frank and Nettie began ministry in Germany, Lithuania and Ukraine: restoring churches, distributing Bibles, teaching college courses and founding a Bible college and seminary in Zaporozhye, Ukraine. Frank’s life was characterized by his love for God, his commitment to family and his passion for God’s work in Ukraine.