What's New
A FOCUS on Mission
Must Patience Be So Slow?
Harold Jantz: A Heart for the Mennonite Story
Lorlie Barkman: A Life of Creative Engagement
Last Days, First Days
Women in Ministry: Bertha Dyck
January Moment in Prayer “Holy Spirit—Fill Us!”
The Church as the Patient Body of Christ
Advent: Making Much of Jesus: Christmas Day
Advent: Making Much of Jesus: Fourth Advent
Home Eva Penner 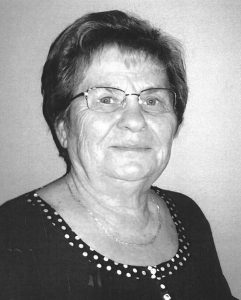 When Eva was 2, the Communists took her father. During WWII, her family fled to Germany. They were put on a train to Siberia, where, at 10, Eva had to knit gloves and socks to sell instead of attending school. In 1949, her father returned. That year, her mother took ill. After her mother died of cancer, 13-year-old Eva became a nanny for an abusive Russian general. Returning home 1 year later, she placed her ailing father in a home. At 16, Eva lived with her sister in a barn in summer and a Russian home in winter in exchange for work. They often had to beg for food. After marrying Otto, Eva visited relatives in Tajikistan. When her second was a baby, Eva worked full-time at a silk factory. Eva and Otto applied 10 times from 1956–1972, before being permitted to leave for Canada. Finding fellow German-speakers at King Road MB Church, Abbotsford, B.C., helped the family feel at home. There, they heard for the first time about a relationship with Jesus and accepted him into their hearts. Eva worked at Tabor Home, Menno Home, and Menno Hospital, doing cooking, care, cleaning, and laundry. After Otto died, Eva went on Disciple Making International trips. Her grandchildren loved to visit her. After a stroke in 2014, daily tasks grew challenging. In 2015, she went to Tabor Home, and her decline was quick. Eva was selfless and giving.