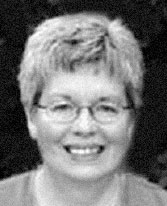 Esther grew up near Hythe, Alta. After high school, she moved to Edmonton, where she met and fell in love with Henry Regehr. After their marriage, Henry taught at MB Bible College, Winnipeg. In 1973, Esther and Henry moved to Kitchener-Waterloo, where they raised their sons. Esther worked 30 years as superintendent of a townhouse complex in Waterloo. She was interested in classical vocal music, family history, and poetry. Her poems won contests, and were published in the MB Herald, Rhubarb Magazine, and other publications. Esther was devoted foremost to her family. She will also be remembered for her faith in Jesus. She clung to 2 Corinthians 4:16–18. Esther died after a long struggle with cancer.