What's New
Multiply September Ukraine Updates
Volunteers in B.C. honour Leamington woman tragically killed...
Delete or not to delete, that is the...
Believers bring water for drought baptism
Encouragement to those in the arena
Keeping attention and making an impact: A few...
Open hands to reconciliation
From the editor
Approaching truth and reconciliation with love in our...
MB Seminary offers new MA in Transformational Leadership...
Home Erna Suse (Suderman) Friesen 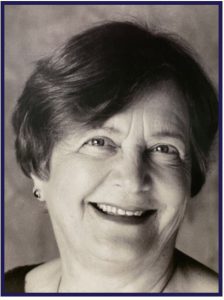 Erna died at 89, in Vancouver, in the loving embrace of her husband of 61 years, Dr. John D. Friesen, with their children by her side. Her grandchildren will treasure memories of their Oma. Erna was a force of nature, a trailblazer, and a woman of many talents. She began her career as a teacher in music and English. Erna met John when they were students at University of B.C. They married in April 1960 and quickly started a family, with four children arriving in rapid succession. Life was busy with sports, chores, music lessons, and church. After the children began school, Erna entered UBC Law School. Soon after graduation, she formed Friesen and Epp with Harold Epp. She ran a general law practice with an emphasis on family law. In addition to their busy professional careers, Erna and John built and developed several construction projects, including their cherished Whistler family ski cabin, which all family members used whenever possible as a centre of family togetherness. Together with others, Erna and John established the Menno Simons Centre near UBC in 1986. The centre served as both a university student residence and home to Point Great Inter-Mennonite Fellowship. Erna served as board member and chair of Regent College, as board member of Mennonite Central Committee (BC), and as a board member of Canadian Mennonite University in Winnipeg. She was on the board of the Faith and Learning Society, and along with her husband, was instrumental in establishing the Peace Studies program at the University of the Fraser Valley and the Conrad Grebel Seminary in Cuba. Possessing a lifelong interest in the arts, Erna became an accomplished landscape oil painter. Diagnosed with multiple myeloma in 2017, Erna experienced much suffering but remained fundamentally optimistic to the end. She often said, “It is a beautiful life.” She had the will and the ability to make it so for her family, friends, and the broader community. They will deeply miss her.