What's New
Through the conflict, life carries on in Ukraine
A FOCUS on Mission
Must Patience Be So Slow?
Harold Jantz: A Heart for the Mennonite Story
Lorlie Barkman: A Life of Creative Engagement
Last Days, First Days
Women in Ministry: Bertha Dyck
January Moment in Prayer “Holy Spirit—Fill Us!”
The Church as the Patient Body of Christ
Advent: Making Much of Jesus: Christmas Day
Home Erich Leonhard Ratzlaff 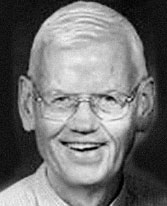 Eric’s memories of his youth growing up in Acme, Alberta, revolved around family, sports, chores and church. In his early twenties, he attended MB Bible College, Winnipeg, for 2 years, followed by 2 years studying history at UBC. He later completed a BA in History at UBC and a MEd at Western Washington University. Eric married Katie (Kay) Wiebe in 1961, and they moved to Kitimat, where Eric began his first teaching job. Eric and Kay moved back to Abbotsford, B.C. in 1963, where he taught for 37 years, including 31 years at Abbotsford Senior Secondary. Eric loved teaching; he was passionate about history and western civilization, and he loved working with students, genuinely respecting and caring for them. Eric believed that all of life was sacred, and therefore, he saw teaching as both a privilege and a ministry. In retirement, it was a pleasure for Eric, along with Kay, to spend eight summers teaching English in Lithuania. Eric also enjoyed serving on a number of Boards (CLAC, Tabor Village, Menno Place and Abbotsford Community Foundation) at various times and volunteering with Kay at the MCC auction. Family was very important to Eric. He took an interest in his four daughters’ many activities and was one of their biggest fans and supporters. His love and support continued as the family grew. He and Kay thoroughly enjoyed being grandparents: babysitting, helping with homework, taking walks and going on family vacations. He also enjoyed cooking, hosting family and friends, good conversation, beautiful music and walking in the community. Eric and Kay were charter members of Bakerview MB and enjoyed the fellowship and support of their care group at Bakerview Church for almost 40 years, especially during Eric’s seven-month illness with pancreatic cancer.