What's New
A FOCUS on Mission
Must Patience Be So Slow?
Harold Jantz: A Heart for the Mennonite Story
Lorlie Barkman: A Life of Creative Engagement
Last Days, First Days
Women in Ministry: Bertha Dyck
January Moment in Prayer “Holy Spirit—Fill Us!”
The Church as the Patient Body of Christ
Advent: Making Much of Jesus: Christmas Day
Advent: Making Much of Jesus: Fourth Advent
Home Eric Peter Klippenstein 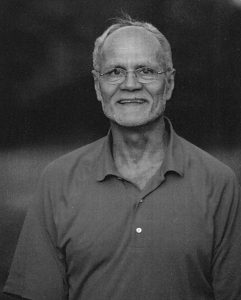 Eric’s father died a week before Eric’s birth. When he was 9, his mother remarried. As a child, he enjoyed playing pranks. The family moved to Brazil and ran a dairy farm. Here, Eric accepted Jesus as Saviour. At 18, he immigrated to Canada. He attended night school to learn English. Eric completed high school and first-year university, while doing construction. He ran his own framing company. After marrying Edith, Eric graduated from University of B.C. with his BSc in 1967 and BEd in 1968. He taught at Prince George (B.C.) Senior Secondary, then at Spring Valley School and Rutland Senior Secondary in Kelowna, B.C. He transformed B.C.’s chemistry curriculum. Eric earned his MA at Gonzaga University, Spokane, Wash., in 1980. He loved hiking, gardening, camping and travelling. He was an elder at Willow Park Church, Kelowna. He taught Nehemiah so often, it became his nickname. In 1996, Eric and Edith bought a bed and breakfast in Victoria. Eric and Edith served with Disciple Making International. Eric was diagnosed with Alzheimer’s disease in 2007; many tears were shed. Eric taught and lived a life completely controlled by Jesus.