What's New
A FOCUS on Mission
Must Patience Be So Slow?
Harold Jantz: A Heart for the Mennonite Story
Lorlie Barkman: A Life of Creative Engagement
Last Days, First Days
Women in Ministry: Bertha Dyck
January Moment in Prayer “Holy Spirit—Fill Us!”
The Church as the Patient Body of Christ
Advent: Making Much of Jesus: Christmas Day
Advent: Making Much of Jesus: Fourth Advent
Home Edwin David Wiebe 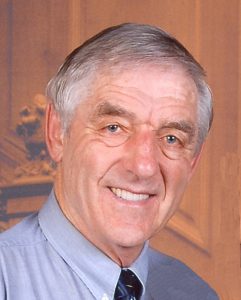 Dave’s family moved to Clearbrook, B.C., in 1952. He accepted Christ at an early age. In 1967 his building career began and continued to prosper. In 1974, Dave built the home where he and Phyllis lived ever since. Dave was enthusiastic in everything he did – working, playing and watching hockey, skiing, loving family and friends. He will be remembered for seemingly ordinary qualities that made his life extra-ordinary.