What's New
Through the conflict, life carries on in Ukraine
A FOCUS on Mission
Must Patience Be So Slow?
Harold Jantz: A Heart for the Mennonite Story
Lorlie Barkman: A Life of Creative Engagement
Last Days, First Days
Women in Ministry: Bertha Dyck
January Moment in Prayer “Holy Spirit—Fill Us!”
The Church as the Patient Body of Christ
Advent: Making Much of Jesus: Christmas Day
Home Dietrich Jakoby 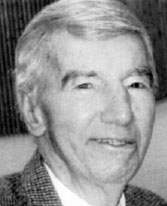 Stalin’s regime took Dietrich’s father in 1938, and he was never seen again. The family fled to Germany in 1943 to live in a camp. After further persecution, they fled to Belgium, and in 1951, immigrated to Toronto. Dietrich accepted Christ at 17. He worked 30 years as operations manager for an Oakville (Ont.) manufacturing company. He taught Sunday school and served Christian Service Brigade until moving to Port Rowan, Ont., in 1995. That year, Dietrich had a stroke and brain surgery. God granted him 18 more years. He loved going to church and entertaining friends and family at home. In 2012, Dietrich was diagnosed with a rare brain disease. He faced it bravely, knowing God was in control. 2 Timothy 4:6–8 were his favourite verses. His life was filled with faith, generosity and joy.