What's New
Through the conflict, life carries on in Ukraine
A FOCUS on Mission
Must Patience Be So Slow?
Harold Jantz: A Heart for the Mennonite Story
Lorlie Barkman: A Life of Creative Engagement
Last Days, First Days
Women in Ministry: Bertha Dyck
January Moment in Prayer “Holy Spirit—Fill Us!”
The Church as the Patient Body of Christ
Advent: Making Much of Jesus: Christmas Day
Home Diana Lois Martens 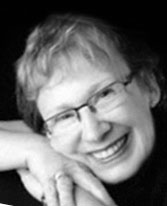 Diana accepted Jesus as Saviour at an early age and lived her faith through compassion. Diana received her ARCT the year she completed high school. She graduated from Bethany College, Hepburn, Sask., in 1969, and from University of Saskatchewan with a bachelor of music with a major in piano performance in 1973. At university, she sang with and accompanied the Greystone Singers. Diana and Walter moved to Main Centre, Sask., to farm. Upon learning the challenges their firstborn faced, Diana immersed herself in helping Rhonda achieve her potential. Diana was instrumental in starting the Early Childhood Intervention program in Swift Current, Sask. She was a board member for Saskatchewan Association for Community Living and president of the Herbert Morse branch. Diana taught piano students until June 2012, and served as president of the Swift Current Registered Music Teachers Association. At Main Centre MB Church, Diana taught Sunday school, led musicals, conducted choirs, and sang. She enjoyed photography, history, and travel. She faced cancer with courage. Diana was her students’ friend and her daughter’s biggest advocate.