What's New
Through the conflict, life carries on in Ukraine
A FOCUS on Mission
Must Patience Be So Slow?
Harold Jantz: A Heart for the Mennonite Story
Lorlie Barkman: A Life of Creative Engagement
Last Days, First Days
Women in Ministry: Bertha Dyck
January Moment in Prayer “Holy Spirit—Fill Us!”
The Church as the Patient Body of Christ
Advent: Making Much of Jesus: Christmas Day
Home David Mervin Pollom 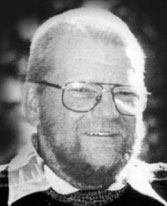 David grew up on the farm where hard work was the greatest asset. As a young man, he moved to Saskatchewan and met Diane. They married soon afterward and settled in Saskatoon, then Martensville, Sask. David worked 30 years at Robin Hood before retiring early due to heath issues. Work ethic remained an important value, which he instilled in his children and grandchildren. David was always up for a game of cards and a laugh with family or friends. Milton Koutechy was his faithful coffee buddy. David never let his health issues get the better of him. Family and faith were paramount. A strict dad, David turned into a softie with his grandchildren, treasuring every visit, phone call or bit of news, and they loved him dearly in return.