What's New
Through the conflict, life carries on in Ukraine
A FOCUS on Mission
Must Patience Be So Slow?
Harold Jantz: A Heart for the Mennonite Story
Lorlie Barkman: A Life of Creative Engagement
Last Days, First Days
Women in Ministry: Bertha Dyck
January Moment in Prayer “Holy Spirit—Fill Us!”
The Church as the Patient Body of Christ
Advent: Making Much of Jesus: Christmas Day
Home David Carl Schmidt 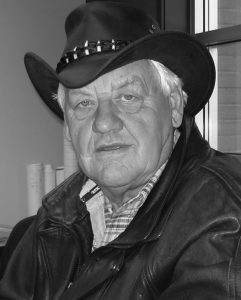 Dave became a Christian at 16. In his teens, he began a career in beekeeping. Dave planted his dad’s crop the year his father died. Dave ran both the apiary and farm 1967–1986. In 1987, he decided to discontinue the apiary. His daughter and son-in-law joined him on the farm in 1990. In his last 8 years, one of his grandchildren also entered the farm world, which pleased Dave immensely. Dave and Evelyn retired to Grande Prairie, Alta., in 2013, but Dave returned to the farm almost daily. Dave took an interest in the young people around him. He was a friend to many. He cared about others’ interests and wanted everyone to know the saving grace of Jesus.