What's New
A FOCUS on Mission
Must Patience Be So Slow?
Harold Jantz: A Heart for the Mennonite Story
Lorlie Barkman: A Life of Creative Engagement
Last Days, First Days
Women in Ministry: Bertha Dyck
January Moment in Prayer “Holy Spirit—Fill Us!”
The Church as the Patient Body of Christ
Advent: Making Much of Jesus: Christmas Day
Advent: Making Much of Jesus: Fourth Advent
Home Daniel Peter Koop 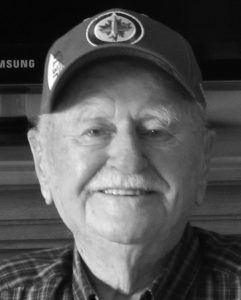 As middle child, Dan joked that he was the obraumtje: Low German for the watermelon’s sweet core. When Dan was 5, his father was murdered. His mother gave Dan to her sister and brother-in-law. This uncle too was murdered when Dan was 8. Dan’s aunt’s remarriage created an unhappy scenario; God gave Dan the will to stand up for himself, to live. In 1928, his mother retrieved Dan and immigrated to Canada. He learned English and completed Grade 6 in one winter, then worked as a farmhand for Frank Klassen, in whom he found a father-figure. At 17, Dan became a Christian. Through hardship, he lived in the freedom of forgiveness and faith. Dan and Helen had 6 daughters, 2 sons. After Helen’s death, Dan married Annie and had 2 daughters. Dan was a brilliant inventor who could fix almost anything. He was a farmer, RexAir vacuum salesman, contractor, and finish carpenter. Although Dan worked long days, he always had energy for his family, sports, and the outdoors. He built ice rinks, pet cages, a playhouse, and a camper. A fisherman, gardener, and bowler, he took up golf at 70, playing his last full game at 99. Church was important; he was energized by friends of all ages. Dan valued independence and enjoyed helping anyone in need. He was a sage, cheerleader, mentor, inspiration, and friend.