What's New
Through the conflict, life carries on in Ukraine
A FOCUS on Mission
Must Patience Be So Slow?
Harold Jantz: A Heart for the Mennonite Story
Lorlie Barkman: A Life of Creative Engagement
Last Days, First Days
Women in Ministry: Bertha Dyck
January Moment in Prayer “Holy Spirit—Fill Us!”
The Church as the Patient Body of Christ
Advent: Making Much of Jesus: Christmas Day
Home Carl Klassen 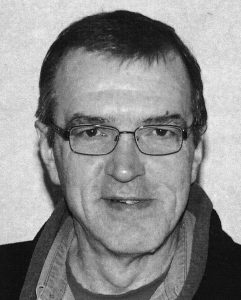 Carl grew up spending time with his sisters, being a wrangler at West Bank Bible Camp, working for local farmers, helping build the Herbert Nursing Home dining hall, and cruising town in his white Pontiac, Bertha. He accepted Jesus as Saviour as a child, was baptized as a teen, and loved youth group. Carl attended Bethany Bible Institute, Hepburn, Sask. In Saskatoon, he met and fell in love with Marjorie from Glenbush, Sask. After a year and a half of marriage, they moved to the Pauls family dairy farm, which they took over in 1990. Their family of 6 worked together with the help of hired hands until the dairy sold in 2001. They turned to raising beef cattle, but after hardship in the beef industry, Carl worked various jobs: at a pig barn, as a camper trailer hauler, on a chicken farm, at a tire shop, and as a truck driver. One of Carl’s favourite things was music, especially southern gospel harmonies. He loved singing, playing guitar, and going to gospel jamborees. His family was his joy and pride, especially since he became a grandpa. He loved what his children-in-law added to his growing family. He had many close cousins, near and far. The people at Glenbush MB Church were a special part of his life.