What's New
A FOCUS on Mission
Must Patience Be So Slow?
Harold Jantz: A Heart for the Mennonite Story
Lorlie Barkman: A Life of Creative Engagement
Last Days, First Days
Women in Ministry: Bertha Dyck
January Moment in Prayer “Holy Spirit—Fill Us!”
The Church as the Patient Body of Christ
Advent: Making Much of Jesus: Christmas Day
Advent: Making Much of Jesus: Fourth Advent
Home Bruno Franz Toews 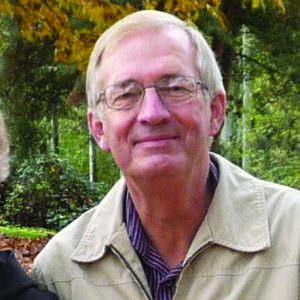 Bruno enjoyed a memorable childhood in North Kildonan, Winnipeg, with many friends and family. He dedicated his life to Christ at Camp Arnes at 10 and spent many summers returning to camp as both camper and counsellor. He met Helen while attending Winkler (Man.) Bible Institute. Shortly after their marriage, Bruno planted Bethesda Fellowship (MB), Spragge, Ont., which he pastored for 7 years. In 1973, the family moved to Alberta, where their family was completed by a third child and Bruno fulfilled his lifelong dream of farming. He owned and operated a dairy farm in the Sunnyside area, where he remained until 2017. Bruno’s pastoral heart was evident as he engaged in church life at Coaldale MB Church and participated in many agriculture boards. He treated exchange student Nozomi Inoue like a daughter; through his influence, she became a missionary in Myanmar. After his move to town, Bruno continued to show his love of community at his tri-weekly Burger King gatherings.