What's New
Leading through the trauma of covid: Part two...
Ask God which town
Where to from here?
CCMBC National Director attends 2022 ICOMB Summit
MCC Canada and MCC Manitoba sell shared property...
The world appears to be growing darker
Sharing a new and unified language
6 reasons to attend the MWC Global Assembly...
One too many
Just one more
Home Bernhard (Ben) Walde 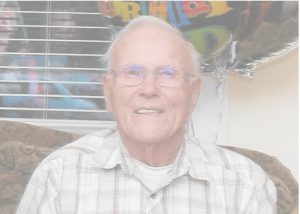 Ben spent his childhood in Russia and Ukraine as his family moved seeking work. After the German occupation of WWII, he was utilized by the Germans as interpreter and farm labourer, and eventually conscripted into the German Youth and a German para-military group. Ben became separated from his family, not knowing if they survived. He spent the next years working on farms and starting a machinist’s apprenticeship. With the help of MCC, Ben immigrated to Canada in 1948, and years later, again with MCC’s help, reconnected with his family. In 1972, Ben was reunited with his mother, and 12 years later, with his brother Edward. Ben began working on his uncle’s farm near Saskatoon, but through economic setbacks, he got a job working for the Co-Op driving a milk pickup route. To obtain his driver’s license he gave an uncle one dollar to pick up the permit. Ben continued to drive until age 93, much to the fear of his sons. Ben worked for Saskatoon automotive shops to obtain his journeyman certificate. In 1965, he began self-employment with a partner and a lease agreement on a Pacific 66 service station. Later businesses included a Royalite service station, a Renault car dealership, a Petro-Can service station, a rust mitigation franchise and general automotive repair shop. Ben married Violet Reimer in 1954. On their honeymoon to B.C., they decided to settle in Kelowna. In 1972, the economy in Kamloops, B.C., was strong, so they moved there. In 1991, they retired to Kelowna. Throughout Ben’s life, he had a strong, silent commitment to God and to his service. He was always willing to help with the church boys’ clubs, camps, and other mission programs, including Camp Oshkidee, Gardom Lake Bible Camp, Okanagan Gleaners, and the YWAM. Family and friends could always count on him for monetary or physical help. In retirement, Ben and Vi travelled the U.S.A. and Mexico by motorhome or car. Ben passed on his work ethic and was proud of his family’s accomplishments. He valued time with family, especially if it involved chopping wood or working on a home project. In later years, he enjoyed sitting in Tony’s shop and watching the activities.