What's New
Ask God which town
Where to from here?
CCMBC National Director attends 2022 ICOMB Summit
MCC Canada and MCC Manitoba sell shared property...
The world appears to be growing darker
Sharing a new and unified language
6 reasons to attend the MWC Global Assembly...
One too many
Just one more
A safe place in Winnipeg
Home Bernard (Ben) Mervin Loewen 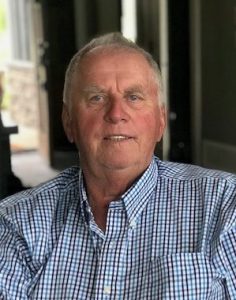 Ben helped milk cows on the family dairy, but he especially liked driving the tractor. In 1948, when the farm was flooded, the family found refuge at the Abbotsford Airport for 2 ½ months, where the children had plenty of playmates. Several times, the loudspeaker announced the search for a four-year-old adventurer named Benny. Ben started working off the family farm when he was seventeen at $1/hour. A year later, he worked for HB Construction, putting in city sewer and waterlines around B.C. Later he worked for a local excavating company and bought the company in 1968, becoming owner and operator of his own business. Ben committed his life to the Lord in his teenage years and was baptized at Matsqui MB Church in 1964. He joined the choir as a tenor but was soon moved to the baritone section. He loved to sing even though he couldn’t read notes. Ben sang in church, community, male choirs, and quartets. Ben and Sharon’s date nights were spent at choir practice. Ben met Sharon through mutual friends, even though they went to the same church, and they married in July 1967 at Matsqui MB. Ben bought an acreage in Matsqui Prairie. Four children were born to them there. In 1978, Ben and Sharon bought an egg farm in Bradner, and started attending Ross Road Church, Abbotsford. They lived on this farm for the next 37 years, raising their children. Ben continued his excavating work and their son Darren joined him after he graduated in 1990. In 2015, Darren took over the family farm and Ben and Sharon moved to Smith Ave., where Ben had started a gravel pit business. He was still working every day enjoying the machines in the big sand and gravel box he had created. Sons Darren and Trevor worked with him until he entered the hospital. He was very generous to his family, providing more than they needed. Ben and Sharon were drawn to Clearbrook MB Church after Ben was invited to sing in the Clearbrook Singing Men in 2017.