What's New
Through the conflict, life carries on in Ukraine
A FOCUS on Mission
Must Patience Be So Slow?
Harold Jantz: A Heart for the Mennonite Story
Lorlie Barkman: A Life of Creative Engagement
Last Days, First Days
Women in Ministry: Bertha Dyck
January Moment in Prayer “Holy Spirit—Fill Us!”
The Church as the Patient Body of Christ
Advent: Making Much of Jesus: Christmas Day
Home Anne Peters Nightingale 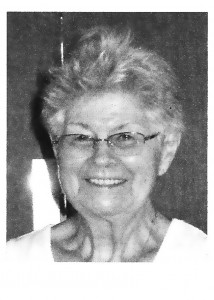 Anne and David served under MB Mission in Quito, Ecuador, starting HCJB’s (now Reach Beyond) German radio program. They worked in Joinville and Blumenau, Brazil, with the German Association of MB Churches. Anne also ministered alongside David in churches in Mountain Lake, Minn.; Virgil, Ont.; Vauxhall, Alta.; and Hepburn, Sask. They retired to Vancouver Island and later to Chilliwack, B.C. Despite the difficulties, Anne called missionary work “a privilege.” She encouraged all her children to pursue their passions. Her caring spirit was evident as she filled her home with photos of her grandchildren, so she could see them at all times. Anne was always singing hymns as she tended her garden or home. She loved reading her Bible and praying for each child, grandchild and great-grandchild.