What's New
Through the conflict, life carries on in Ukraine
A FOCUS on Mission
Must Patience Be So Slow?
Harold Jantz: A Heart for the Mennonite Story
Lorlie Barkman: A Life of Creative Engagement
Last Days, First Days
Women in Ministry: Bertha Dyck
January Moment in Prayer “Holy Spirit—Fill Us!”
The Church as the Patient Body of Christ
Advent: Making Much of Jesus: Christmas Day
Home Alvin Horst Martin 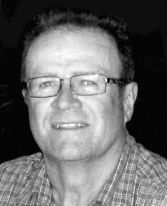 Al grew up in an Old Order Mennonite family. After Grade 8, he left school to help on the farm. He accepted Jesus as Saviour in his youth. At 22, he left Pennsylvania for construction work in Lac La Biche, Alta. At Bethany Bible Institute, Hepburn, Sask., Al met Grace. Al loved hunting and fishing. He spent much of his time volunteering for church and community. He started Martin Builders. Due to strains on the marriage, in 2007, Al and Grace decided it was best for Al to pursue his construction company in Waldheim, Sask., and Grace remained in Drake, Sask. It was through this heartache that Al gave everything over to God. All 4 sons worked for him, learning to know him as mentor and friend. Al helped them with everything from renovations to babysitting. His grandchildren adored their Papa. Al and Grace’s love was rekindled. He built their dream home where the door was always open. In 2013, Al fulfilled a lifelong dream to shoot a bull moose. Two months later, he was diagnosed with terminal brain cancer. Al and Grace renewed their vows. He journeyed through cancer with perseverance and joy. In his last 6 months, Al had visions; in one, he saw Jesus at heaven’s gates. Grace held and prayed him into heaven.