What's New
A FOCUS on Mission
Must Patience Be So Slow?
Harold Jantz: A Heart for the Mennonite Story
Lorlie Barkman: A Life of Creative Engagement
Last Days, First Days
Women in Ministry: Bertha Dyck
January Moment in Prayer “Holy Spirit—Fill Us!”
The Church as the Patient Body of Christ
Advent: Making Much of Jesus: Christmas Day
Advent: Making Much of Jesus: Fourth Advent
Home Albert T. Wiebe 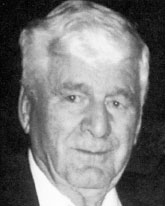 Albert grew up in Greenland, Man. He and Alma began married life in Winnipeg, where he became a journeyman carpenter and foreman of a bridge construction crew. He was known for his intelligence and business skills. The family moved to a farm near McCauley, Man., in 1964, to Roblin, Man., in 1966, and to Coaldale, Alta., in 1978. They joined Coaldale MB Church and Albert started a construction company. By retirement, he had built 150 homes in Coaldale and Lethbridge, Alta. It was a positive selling feature to say a house had been built by Albert. After Albert and Alma’s 50th wedding anniversary, he retired. When Alma’s health declined, they moved to a retirement home in Lethbridge, where they enjoyed 2 more years of Albert’s cooking.