What's New
Through the conflict, life carries on in Ukraine
A FOCUS on Mission
Must Patience Be So Slow?
Harold Jantz: A Heart for the Mennonite Story
Lorlie Barkman: A Life of Creative Engagement
Last Days, First Days
Women in Ministry: Bertha Dyck
January Moment in Prayer “Holy Spirit—Fill Us!”
The Church as the Patient Body of Christ
Advent: Making Much of Jesus: Christmas Day
Home Alan Thomas Chattaway 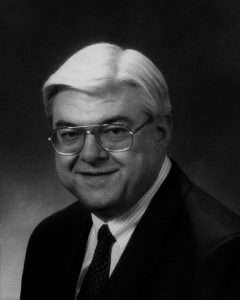 Alan’s family moved to Luanshya, Zambia, in 1952. He attended schools in Luanshya and Lusaka. At the University of Durban, South Africa, Alan met Christians who introduced him to the Good News of Christ and he committed the rest of his life to God. Alan spoke against the injustice of the apartheid government of South Africa. In December 1967, he received 3-weeks’ notice to leave South Africa; Jan. 12, 1968, he left for exile in Canada. He met Katharina and they were married the following year. Alan worked most of his life as an engineer for HA Simons. He enjoyed good health until 2015, when he began experiencing digestive and heart problems. He was diagnosed with stage 4 pancreatic cancer in January 2017. He will be remembered for his gifts in computer programming, teaching, repairs, and standing up for what he believed in. The verse written inside his suitcase when he arrived in Canada with $23 was Hebrews 13:14: he’s now at home.