What's New
A FOCUS on Mission
Must Patience Be So Slow?
Harold Jantz: A Heart for the Mennonite Story
Lorlie Barkman: A Life of Creative Engagement
Last Days, First Days
Women in Ministry: Bertha Dyck
January Moment in Prayer “Holy Spirit—Fill Us!”
The Church as the Patient Body of Christ
Advent: Making Much of Jesus: Christmas Day
Advent: Making Much of Jesus: Fourth Advent
Home Agnes Wiebe 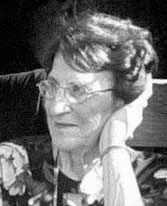 Agnes’s family immigrated to Canada when she was young. After completing grade 11, she received a permit teaching position at a 2-room school in Moray school district. She commuted 10 miles from Steinbach, Man., often walking part of the way. After a year at the Steinbach Royal Bank, Agnes attended business college in Winnipeg. Her first career was at the Red River Health Unit for the Department of Health. An operating room technician course at Health Sciences Centre, Winnipeg, convinced her she would not be a nurse. She returned to Steinbach to become an agricultural secretary for the Department of Agriculture. Here she made many friends and was highly respected. Agnes went on several music tours to Europe with the Howard Dycks. Golf became a passion she continued as long as she could walk. After a broken hip and diagnosis of congestive heart failure, she moved into assisted living.