What's New
Through the conflict, life carries on in Ukraine
A FOCUS on Mission
Must Patience Be So Slow?
Harold Jantz: A Heart for the Mennonite Story
Lorlie Barkman: A Life of Creative Engagement
Last Days, First Days
Women in Ministry: Bertha Dyck
January Moment in Prayer “Holy Spirit—Fill Us!”
The Church as the Patient Body of Christ
Advent: Making Much of Jesus: Christmas Day
Home Aganetha (Agnes) Penner 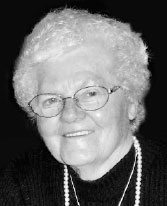 Agnes’s family escaped Communism in 1930 and moved to Paraguay, first to Fernheim, then to Friesland as one of the founding families. Agnes loved to sing in choirs. She was one of the first graduates of the nursing program in Filadelfia and practised in Asuncion, taking Mennonite patients to their medical appointments and translating for them. Agnes and John served at Km 81 leprosy hospital until 1975 while raising 3 children. They immigrated to Canada, settling in Abbotsford, B.C., where they both worked at Tabor Home and were deacons at King Road MB Church. Beginning in 1983, they served in northern Peru as church planters with MB Mission for 6 years. Agnes spent her retirement encouraging elderly friends. She was fiercely proud of her children and
grandchildren. Agnes died peacefully, without pain, in hospital as her strength faded.