What's New
Multiply September Ukraine Updates
Volunteers in B.C. honour Leamington woman tragically killed...
Delete or not to delete, that is the...
Believers bring water for drought baptism
Encouragement to those in the arena
Keeping attention and making an impact: A few...
Open hands to reconciliation
From the editor
Approaching truth and reconciliation with love in our...
MB Seminary offers new MA in Transformational Leadership...
Home Abraham John Thiessen 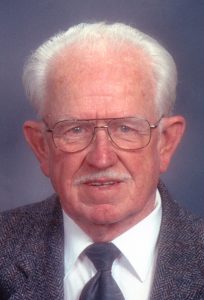 Abe grew up during the harsh Stalin years of the 1930s. Along with his mother and siblings, he fled from the Soviet Union in 1943 and settled in Poland. His mother and siblings were repatriated by Soviet officials and exiled to Kazakhstan in 1945, where they were reunited with his father. Abe escaped and settled in West Germany at the end of the war. At 20, Abe immigrated to Canada. After one winter in Winnipeg, he moved to Yarrow, B.C., in 1950, and lived with his relatives, Aron and Elizabeth Wiebe, who added him to their family. He eventually moved to East Chilliwack. There he met and married Anna Esau in 1959. They settled into the home he built on Windsor Street, where they lived from 1959 to 2017. Abe worked various jobs until the mid-1950s; then he joined the maintenance department of the East Chilliwack Co-op, serving there until his retirement in 1993. Abe enjoyed woodworking, vegetable gardening, and taking his family on road trips. Abe could fix anything. He loved helping his family and friends with projects. He spent many hours helping out at Broadway Church with maintenance work and serving as an usher. Abe injured his back several times and eventually these injuries caught up with him, reducing his mobility until he required hospitalization after his 90th birthday. Abe spent his last year at Waverly Seniors Village. He died in Chilliwack.