What's New
A FOCUS on Mission
Must Patience Be So Slow?
Harold Jantz: A Heart for the Mennonite Story
Lorlie Barkman: A Life of Creative Engagement
Last Days, First Days
Women in Ministry: Bertha Dyck
January Moment in Prayer “Holy Spirit—Fill Us!”
The Church as the Patient Body of Christ
Advent: Making Much of Jesus: Christmas Day
Advent: Making Much of Jesus: Fourth Advent
Home Abe Thiessen 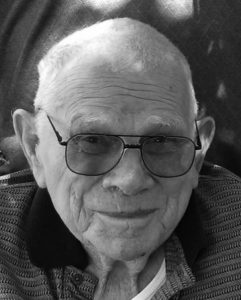 When Abe was 6 months, his family fled persecution to Canada, settling in Alberta during the Depression. In 1937, they set up a fruit farm near Jordan Station, Ont. While working at Boese Canning Plant, St. Catharines, Ont., Abe met Margaret. They spent a year at Winkler (Man.) Bible Institute. A year into marriage, they returned to Abe’s family farm, which he bought when his father retired. Even in the busy season, Abe and Margaret took time for family picnics and beach days. Abe attended Vineland Horticultural Station learning sessions. A hog barn designed at University of Guelph was built on his farm, and he won the Lincoln County Hog Quality competition in 1966. Abe and Margaret moved to a grain farm in Homewood, Man., in the 1970s, but returned to St. Catharines to be near family again. Abe missed farming, so they moved to a grape farm in Campden, Ont. After retiring to St. Catharines, Abe and Margaret spent 6 years serving New Tribes Mission in Senegal, Australia, Papua New Guinea and at their Durham (Ont.) Training Centre. When Margaret entered care, Abe visited faithfully. After Tabor Manor’s new facility opened, they shared adjoining rooms. Abe taught his children to work hard, get an education and care for their families. He believed in equal opportunities for sons and daughters. In his 90s, Abe expressed his desire to go home to heaven.