What's New
Through the conflict, life carries on in Ukraine
A FOCUS on Mission
Must Patience Be So Slow?
Harold Jantz: A Heart for the Mennonite Story
Lorlie Barkman: A Life of Creative Engagement
Last Days, First Days
Women in Ministry: Bertha Dyck
January Moment in Prayer “Holy Spirit—Fill Us!”
The Church as the Patient Body of Christ
Advent: Making Much of Jesus: Christmas Day
Home Abe Heidebrecht 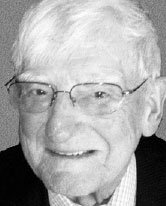 Abe’s family often had little to eat. He worked in the family business, Heidebrecht and Sons Painting and Decorating. Abe’s oldest brother influenced Abe’s lifelong passion for classical music.  Abe grew up in a God-fearing family and became a Christian at a young age. He attended Bible School in 1949 in Virgil. Abe’s faith in God impacted his daily living. Abe met Ursula at 15 at a band concert in Montebello Park. Long bike rides to Niagara Falls ensued, and they married 4 years later. Abe and Ursula raised 7 children in St. Catharines, Ont. In the early years, jobs were scarce. This changed when Abe was hired by the Lincoln County Board of Education. He worked as a painter until his retirement in 1992. Abe played hockey, fastball, golf, shinny and card games. He enjoyed taking his children fishing. He loved to laugh. Abe and Ursula lived their married life in the same home, except for 1976, while it was being rebuilt after a fire. Resilient, no matter what curves life threw, they saw the fire as an opportunity to add space. When the bank account was empty, Abe still gave to the less fortunate. Thanks to Ursula’s frugality, they retired early and enjoyed travelling, singing together in the church choir and taking picnics with family and friends. Abe’s grandchildren meant everything to him.