What's New
Leading through the trauma of covid: Part two...
Ask God which town
Where to from here?
CCMBC National Director attends 2022 ICOMB Summit
MCC Canada and MCC Manitoba sell shared property...
The world appears to be growing darker
Sharing a new and unified language
6 reasons to attend the MWC Global Assembly...
One too many
Just one more
Home PeopleAppointments August Transitions 2014 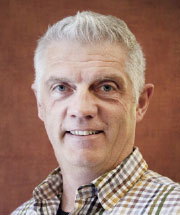 The Alberta Conference of Mennonite Brethren Churches welcomed Paul J. Loewen as conference minister, based in Calgary, July 1, 2014. Paul recently finished a transitional pastorate at Waterloo (Ont.) MB Church and has previously served 20 years as pastor in rural and urban congregations in various roles from youth pastor to lead. He also worked in development and church relations at Columbia Bible College, Abbotsford, B.C., and in the marketplace in construction and business. A graduate of Briercrest Bible College, Caronport, Sask.; University of Waterloo, Ont.; MBBS Fresno, Cal.; Paul also served on the Canadian conference executive board for more than a decade, the last four years in the capacity of moderator. “Paul brings a deep love for God, the church and its mission along with a wide variety of experience that is well-suited to serving in Alberta,” says Alberta moderator Kerry Dyck. Paul and Melody have 3 adult sons. 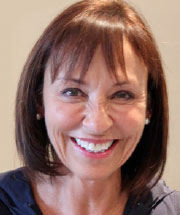 Kelowna Gospel Fellowship welcomed Jamie Roy as children’s ministries pastor in May 2014. Jamie comes from the world of education, where she has taught and counselled at all levels of elementary and high school. She has a background in ministry through Young Life and in churches in Canada and the U.S., and has a master’s degree in counselling. Jamie and Dave have 3 adult children and 2 adopted children from China.

Ingrid Reichard concluded her ministry as senior pastor of The Dwelling Place, Kitchener, Ont., where she served since 2008.
Aug. 5, 2014, she takes on the role of pastor of development at Glencairn Church, Kitchener. Ingrid and Scott have 2 sons. 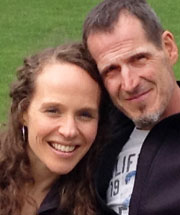 Associate pastor since 2011, Tyler Hagan concluded his service at Coaldale (Alta.) MB Church on July 31, 2014. He has accepted a call to be discipleship pastor at Westview Baptist Church, Calgary.

Ken Braun is concluding his role as lead pastor at Hyde Creek Community Church, Port Coquitlam, B.C., after 12 years. He plans to do construction work and study for the remainder of 2014 before resuming pastoral work. Ken previously served for 10 years in North Peace MB Church, Fort St. John, B.C., in an associate pastoral position focused on youth.

Columbia Bible College bid farewell to 2 long-term biblical and theological studies professors at the end of the 2013/2014 school year. John Vooys, who retired in 2008 but continued to teach New Testament Survey to first-year students, brought his 35 years with the college to a close. He also served 2 terms as acting academic dean. Previously a secondary school teacher, he joined Columbia faculty in 1979, shortly after graduating from MBBS, Fresno, Cal. “John has been a model of faithfulness to Jesus and the church, to his wife and family, and to all of us here at Columbia,” wrote colleague Ken Esau in an online tribute. Ron Voth joined the faculty in 1981, bringing his experience as a youth pastor at Fairview MB Church, St. Catharines, Ont., and his honed acting abilities from working with MB Communications’ television production Third Story. Through innovative teaching methods, “Ron help[ed] students get excited about biblical books like Corinthians or Timothy and encourage[ed] them to pursue personal growth projects,” says Esau.