What's New
Delete or not to delete, that is the...
Believers bring water for drought baptism
Encouragement to those in the arena
Keeping attention and making an impact: A few...
Open hands to reconciliation
From the editor
Approaching truth and reconciliation with love in our...
MB Seminary offers new MA in Transformational Leadership...
Multiply August Ukraine Updates
Book Review of Return Stroke: Essays & Memoir...
Home News SKMB: A close-knit church family 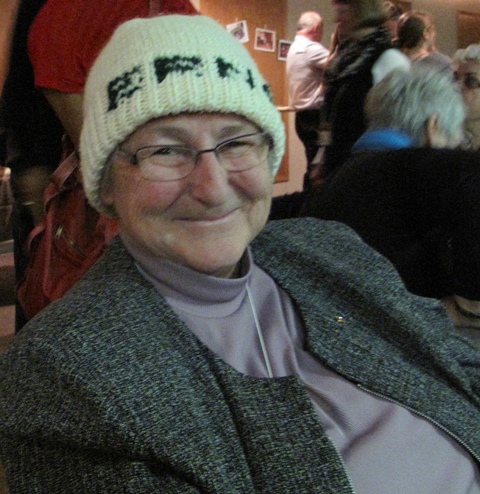 Erna Jantzen’s fingers are rarely still as boards report and delegates discuss at conventions. Her nimble needles are always knitting something – like the 288 toques she has created for the pastors of the Saskatchewan MB conference.

“It all started over a stupid prank,” she says. At a 1997 convention, pastor Clarence Peters heckled Jantzen for not standing to affirm a vote “because she was too busy knitting.” (In fact, she wasn’t a delegate but attending with her pastor husband Archie of Arelee.) The good-natured woman responded by presenting him with a toque emblazoned with his name at the next pastor’s retreat.

After another pastor asked for one, she purchased more yarn in Meadow Lake, “knit like a trooper” on the return trip and handed him his toque in Saskatoon. The idea that all the pastors should get a toque caught on, so after consultation with conference minister Ralph Gliege, Jantzen set to work in spring. By the pastor’s retreat at Christopher Lake in fall 1998, she had knit more than 80 toques which Gliege presented to each couple in hunter green for men, cream for women. 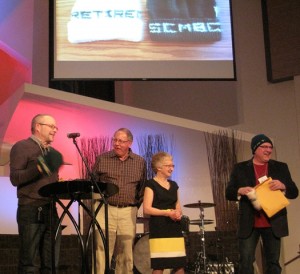 As new pastors enter the denomination, Gliege sends a request to Janzen who carefully plots out the recipient’s first name and knits it directly into the headgear. On the occasion of Gliege’s retirement, the conference requested a special toque for him, this one reading “retired.”

Churches are eager for their new pastor to receive a toque, and pastors who’ve lost theirs often come asking for another. The toques are recognized in the rural communities, where one new pastor was identified with the denomination when he entered the local bank sporting his SKMB toque.

In the beginning, it took Jantzen five hours to make one toque. She’s gotten faster now; however, “I still have to figure out how to do the name.” Knit upside-down and backwards, a few names have turned out with a letter backward, missing, or misplaced, she admits.

“It’s been a fun thing to do,” Jantzen says. “You knit and you pray for the pastor.”

I know some men who are great knitters. How about the men knitting toques for all the women pastors in our conference? Unfortunately they would be out of a job far too quickly!