What's New
Boldly advancing the gospel from our knees
MCC sends food and relief to Cubans in...
Robert Dagenais, pastor of the Sainte-Thérèse church, is...
More donated hay needed to help farmers in...
“God’s time was perfect”
Hope and pray every day
Resilient Leadership: The gift of self care
Project Redemption
Blue Christmas
“Repent, for the kingdom of heaven is near.”
Home Life & Faithfeature articles Reconciliation and First Peoples in Canada

A story of people and place in Parry Sound 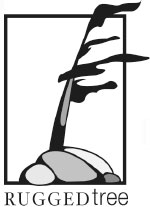 For the past several years, I’ve had the honour of developing friendships with First Peoples from a variety of Anishinabe communities in Central Ontario through Rugged Tree – a collection of many people, partners and programs. Through those friendships, I’ve watched God’s great love at work.

I’ve also experienced some challenges. As a Mennonite Brethren pastor with European ancestry, serving under the umbrella of the C2C Network, I’ve often found myself in the challenging position of being a “middleman” between my MB friends and my First Nations friends. The question I’ve heard most from both communities is what is reconciliation and what does it look like in practice.

Though most people want to be reconciled, we wonder what we can do to actually achieve it. The more progress I make, the further away the finish line appears to be. But one thing is clear: attempts at achieving reconciliation must grow out of new ways of being in relationship.

The Tree of Peace

The name Rugged Tree is inspired by two different famous trees. The first is the Iroquois Tree of Peace.

The Iroquois people had a tradition of acknowledging peace treaties with neighbouring nations by burying their weapons under a tree. One of those peace trees is a great white pine that grew in the territory of the Onondaga First Nation. One of the very first treaties between First Peoples and Europeans involved this tree. Except at the time, it wasn’t called a treaty; it was called a covenant.

The Covenant Chain, as this early agreement was known, was commemorated by an actual three-link silver chain, a symbol of European sailing ships being securely attached to the Tree of Peace. The three links of the chain represented the core understanding of the covenant – peace, friendship and respect. This covenant spoke less of specific terms and more about a way of being in relationship with each other.

In my imagination, I can picture Jesus smiling, as the people of that time attempted to live out his great
commandment to love their neighbours. In my own life, I’m trying my best to live out Jesus’ teaching by building relationships characterized by peace, friendship and respect with my First Nations friends.

I fail often. But I’d like to share a few things I’ve found helpful to do so I can be a better neighbour to First Peoples in Canada:

One of the things I’ve found most helpful is to learn the story of the land beneath my feet.

We all live in areas that were once part of another nation’s territory. The land where we build our homes and shopping malls was once used by First Peoples to sustain and nurture their communities. For most Canadians, our understanding of history starts with the arrival of Europeans. Learning about the full story is an important part of being a good neighbour because it’s difficult to build a healthy relationship with someone you have misunderstood.

Although books are a great place to start, I’ve discovered that most First Nations have a better understanding of local history and are honoured to share it. Try contacting the First Nation band office closest to you and ask if there’s anyone who might be open to answering some questions about the local history.

Some examples of good questions: Who originally lived in this area? What was life like for them before European contact? What were early interactions with Europeans like? Were there any treaties signed in the area? How does the reserve system work?

2. Look for strengths not excuses

I’ve often caught myself lamenting the “state” of First Nations in Canada. It’s not hard to compile a heartbreaking list of challenges faced by First Nations.

But why do we do that? Couldn’t I also compile a list of problems faced by the church down the street? Or that I face in my own life?

I’ve had to repent of my tendency to use the hardships of First Peoples as an excuse to avoid responsibility and remain disengaged. Many Canadians treat First Nations more as problems that need to be solved than as people created by a loving God. But you can’t reconcile with a problem; you can only reconcile with a person.

If you’re looking for a place to start, contact a local First Nation band office and express your desire to learn. Most communities regularly host cultural events and have elders who are willing to teach the broader public. On many occasions, I’ve seen traditional elders excited about the chance to speak to a church group. We may not understand everything we see or hear right away. But like any good student, if we stick with it, the information will eventually start to sink in.

3. Trust that God has a plan

Although I was the one supposed to be teaching, I quickly became a student. A question entered my mind that hasn’t left since: What if First Peoples in Canada were here first for a reason?

It may not seem like a new idea, but it was a revelation for me. If I believe a loving God created this world and has been engaged in a redemptive plan for it from the beginning of time, shouldn’t I also expect that First Peoples were here first as a part of that redemptive plan?

Looking at the biblical record of God’s hand in placing people groups in the right place at the right time (Acts 17:26), could it be possible that First Peoples were here first by design? Since that day, I see Canada differently. I now live with the hope and expectation that God desires to bless Canada through its First Peoples. I don’t know how or what it will look like, but I believe that God loves all the people in this land and has a loving plan for everyone. I also think I’m a better neighbour to my First Nations friends now that I trust that God is working out his plan in those relationships.

The Tree of Life

The second tree that inspired our name, Rugged Tree, is the Tree of Life.

In the last chapter of the Bible, the Tree of Life reappears in John’s vision of the end of this age. An angel tells him that “the leaves were used for medicine to heal the nations” (Revelation 22:2, NLT). Unlike the Tree of the Knowledge of Good and Evil that was forbidden back in the Garden of Eden, the fruit of the Tree of Life was not originally forbidden. Until Adam’s fall, it was available to him. Now Jesus makes it available to us again.

My prayer is that all nations in this land will receive the healing of the medicine that God planned for from the beginning of the world. My prayer is also that we will, in faith, participate in that healing by reflecting Jesus’ heart for reconciliation in our lives and with our neighbours in this land God has made.

Derek Parenteau lives and works in Parry Sound, Ontario. He is part of the C2C Network. For more information about Rugged Tree, go to www.ruggedtree.org.

Derek talks about church planting as a Mennonite Brethren among First Nations here.

I really enjoyed your article and comments. Your heart for reconciliation & healing is straight from the Throne-room of our LORD & Saviour, Jesus Christ.

As a Director of Rising Above Abuse Counselling Organization, I would appreciate being in connection with your work. I also work with the Mennonites in NW Ontario, especially Dr. Claire Shnupp and Amos Esh of Dryden (Beaver Lake Camp), and Ken Funk of New Hope Church in Thunder Bay.

Yours in Christ, Levi