What's New
“I’m Sorry” : Pope Francis addresses a “deplorable...
A matter of love: Reframing abortion
“Any chance you might be expecting a goldfish?”
Abortion, the image of God, and faithful witness...
Choosing motherhood: The sacrifice of honouring life
MWC Assembly small but full of joy
Bad back doesn’t hold back MDS volunteer
Transition in CCMBC National Faith and Life Leadership
Leading through the trauma of covid: Part three...
The church distracted: When the main thing is...
Home Susie Epp 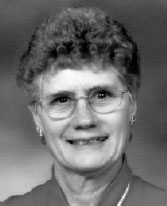 Susie was born to a family strugging to survive, having arrived 8 years earlier from Russia via China. As a child she helped around the house and on the farm. In the Karlsruhe MB Church choir, she met Hans. In 1975, the family immigrated to St. Catharines, Ont., where Susie sang in Scott Street MB Church’s German choir. Shortly after their move, Hans was diagnosed with Parkinson’s disease, and Susie became the breadwinner. She worked for 28 years at Tabor Manor. After Hans’ sudden death, Susie moved to Tabor Apartments. In 2012, she was diagnosed with breast cancer.