What's New
A matter of love: Reframing abortion
“Any chance you might be expecting a goldfish?”
Abortion, the image of God, and faithful witness...
Choosing motherhood: The sacrifice of honouring life
MWC Assembly small but full of joy
Bad back doesn’t hold back MDS volunteer
Transition in CCMBC National Faith and Life Leadership
Leading through the trauma of covid: Part three...
The church distracted: When the main thing is...
Remote wilderness rescue turns into service with MDS...
Home Peter Warkentin 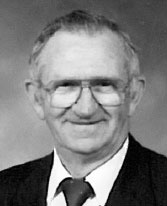 As a young child, Peter (Pedro) fled with his parents (by horse and sled) into China, where they stayed for 4 years until they had permission to immigrate to Santa Catarina, Brazil. In spite of hard beginnings, Peter enjoyed life. He was baptized and married Anna. They moved to Witmarsum, Brazil, where Peter farmed and had trucks for collecting milk. After Anna died, Peter immigrated to Abbotsford, B.C., where he married Alice in 1981. Peter had a heart for helping others.