What's New
Leading quietly
“I’m Sorry” : Pope Francis addresses a “deplorable...
A matter of love: Reframing abortion
“Any chance you might be expecting a goldfish?”
Abortion, the image of God, and faithful witness...
Choosing motherhood: The sacrifice of honouring life
MWC Assembly small but full of joy
Bad back doesn’t hold back MDS volunteer
Transition in CCMBC National Faith and Life Leadership
Leading through the trauma of covid: Part three...
Home Olga Wiens 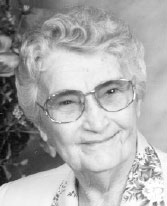 Olga’s family immigrated to Canada in 1924. They borrowed a $100 down payment and bought 80 acres in Heuboden, Man. At 14, Olga earned her way to Bible camp by memorizing 500 Bible verses. There, she accepted Jesus as Saviour and came home happy. At another farm, she earned $5/month, which her parents used to buy 100 laying chickens. In 1934, their home burned down, destroying the clothes Olga’s mother had sewn her to begin working as a servant in Winnipeg. She attended Bible school in Steinbach, Man., and at a teacher’s suggestion, worked a year as a nurse’s aide. With a Grade 7 education and a desire to become an RN, at 25, Olga reentered high school, completing it in 2 years. She graduated from nurse’s training in Vancouver in 1950. In her mid-30s, Olga felt called to missions. After she waited 6 months in Brazil to begin her MCC assignment at a new German-speaking settlement in Gartental, Uruguay, refugee settler Heinz Wiens came to escort her. She delivered babies by kerosene light. Olga married Heinz outside the sod school/co-op building. After their son’s birth, they moved to Vancouver, and Olga returned to nursing. She read the Bible to her sons daily. Olga and Heinz retired to Abbotsford, B.C., in 1982. Seeing Heinz’s strength fail in the 1980s due to Alzheimer’s and Parkinson’s disease was the hardest experience of Olga’s life, but despite her arthritis and dizziness, she visited him daily. She modelled a consistent life of devotion to Jesus.