What's New
How sweet the sound
One MCC Thrift Store Began With a Few...
A Hunger for Conversation
Getting the mental and emotional rest you need...
The Patience of God
2023 Spirit of MDS Fund accepting grant applications
October 2022 update from the CCMBC Executive Board
Arnold Community Church hosts block party to thank...
When Spring returns
An autumn reset
Home John Willms 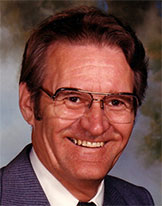 John was born within days of his family’s arrival in Canada after fleeing Russia. At 16, he lost his mother and began taking correspondence classes while working as farmhand in rural Alberta. He attended Bible school in Coaldale and Winnipeg before marriage. After teaching 15 years in rural Saskatchewan and earning 2 university degrees, John served 3 decades as superintendent of education in Saskatchewan communities, his career requiring the family to relocate 12 times. He volunteered in Sunday school classes, church choirs, and on executive boards in churches and for the Gideons, Canadian Bible Society, and the Saskatchewan Teachers’ Federation. After retiring in 1987, he and Marge assisted MCC’s efforts to aid refugees from Russia in eastern Germany for 6 months. Culminating a lifetime of contributing financially to missions, they visited Canadian missionaries in Haiti, Ukraine, Costa Rica, and the Philippines. John will be remembered as a lifelong student, teacher, theologian, leader, and philanthropist.