What's New
“Any chance you might be expecting a goldfish?”
Abortion, the image of God, and faithful witness...
Choosing motherhood: The sacrifice of honouring life
MWC Assembly small but full of joy
Bad back doesn’t hold back MDS volunteer
Transition in CCMBC National Faith and Life Leadership
Leading through the trauma of covid: Part three...
The church distracted: When the main thing is...
Remote wilderness rescue turns into service with MDS...
How open is your mind?
Home Jacob Loewen 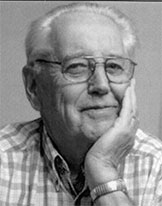 Jake grew up in Justice, Man., graduated in Gretna, Man., and attended teachers’ college in Winnipeg. He earned a BA in 1974, and began teaching in Friedensruh, Man., in 1950. After 3 years in Wingham, Man., Jake went to Brooke School, Rivers Camp, Man., 1954–71. He was a principal in Brookdale, Man., 1971–83. He spent many summers as a crop inspector and insurance adjustor. Jake farmed near Justice until 2006. He endured years of kidney dialysis. Jake enjoyed singing, reading, doing crosswords, playing games, and travelling across North America.