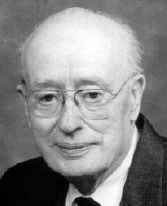 As a boy, Henry lost his father, so he worked hard on the farm. Henry accepted Christ as Saviour when he was young. Henry and Martha had few things besides love and hope. After farming in Rush Lake, Sask., they moved to Saskatoon, where polio took their 2-year-old son Wayne’s ability to walk. (His death in a car accident at 33 was another difficult time for the family.) Henry also mourned 2 sons-in-law and a grandson. In B.C., Henry farmed, worked in a lumberyard, and was custodian at Mennonite Educational Institute, Abbotsford, B.C. He modernized the cabins at Stillwood Camp, and served on the church catering committee. In retirement, he managed their condo and read many books. Two years after Martha died, he married Matilda. When she died after 17 years together, Henry was ready for heaven too.