What's New
Abortion, the image of God, and faithful witness...
Choosing motherhood: The sacrifice of honouring life
MWC Assembly small but full of joy
Bad back doesn’t hold back MDS volunteer
Transition in CCMBC National Faith and Life Leadership
Leading through the trauma of covid: Part three...
The church distracted: When the main thing is...
Remote wilderness rescue turns into service with MDS...
How open is your mind?
Following Jesus together across barriers
Home Frederick John Stoesz 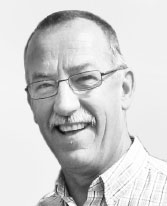 When Fred was a frail baby, before a risky surgery, his parents surrendered him to God, pledging to train him for the Lord’s work if he survived. At 22, while working on a potato truck in Manitoba, Fred felt God’s call. He served 19 years as urban missionary (13 as director) with World Impact, alongside Jolene, a fellow missionary he met in L.A., whom he married in 1977. What started with children’s Bible club in vacant lots in Los Angeles grew into a multi-city ministry of camps, schools, clinics, job programs, and church plants, one of which, Celebration Church in L.A., Fred pastored. He also resourced mission trips for Youth Mission International (now MB Mission) groups. In 1993, Fred and Jolene began planting inner-city cross-cultural churches with World Impact in Wichita, Kan. In 2003, Fred and Jolene moved to Winnipeg, where, supported through World Impact,

Fred served the Mennonite Brethren through Evangelism Canada as director of urban ministry, and with the Manitoba conference’s Missions and Church Extension. He founded the School of Urban Leadership (SOUL) in 2006, then helped develop EdenB in 2009 to provide leadership training in the Hispanic community. He was an integral part of the growth of his church, Christian Family Centre, Winnipeg. Every day Fred asked God: what must I do, what should I do, and what could I do. He honoured his family in word and deed, and made Jolene’s oatmeal every morning. Fred was diagnosed with kidney cancer 9 years ago, amazing doctors by outliving their 2-year projection. Fred never met a person he couldn’t love. Whether fixing a neighbour’s car or laying hands on a young pastor, he never gave up his lifelong calling to serve Jesus in the urban core.