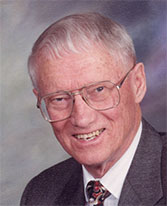 Frank grew up on a farm near Niverville, Man., and graduated from Mennonite Collegiate Institute, Gretna, Man. He taught in one-room schools in rural Manitoba, and in 1951, began teaching in Winnipeg full-time while earning several degrees at University of Manitoba. Irma was diagnosed with lymphoma in 1975 and died in 1985. Following his 1980 retirement, Frank worked 3 years at MCC Canada’s Winnipeg office. In 1986, Frank moved to Abbotsford, B.C., and, later that year, taught English in China. There, he began a correspondence with long-time friend Sally Schroeder (working with HCJB in Ecuador) leading to their marriage. They lived in Abbotsford, where Frank provided transportation for cancer patients, donated blood regularly, and led a Bakerview MB Church care group. Frank valued service to others, not as a sacrifice, but as a privilege.